I have reviewed and shown a lot of fakes but this one is scary!!!

That's alot of money for a Replica

This is disgusting! They're being sold as replicas, so there's probably no action that the authorities could take, but I would bet that they're being bought by people who plan on passing them off to other buyers, and the packaging looks very realistic. There will be people who think they're getting a real bargain and don't think beyond the pound signs in their eyes. 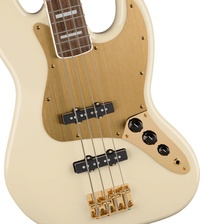 Pamp should pursue Etsy for facilitating the sale of counterfeit goods. I'm sure there's a reason why they don't, I just don't know what it is.

At the very least there are copyright issues with the packaging.
Nice avatar btw.

Ironically they ate selling these fakes at £70 to prove that they are that good.

I really do not want to pay for one. But ultimately I will.

I can't believe these fakes are soo good.

Similar topics
Similar topics
Permissions in this forum:
You cannot reply to topics in this forum
Latest topics
Canadian 1oz silver bullion Sets for sale.Today at 12:51 pmAdminPerth Mint Simpsons Christmas special. Today at 12:49 pmAdminSecret Santa - Stage 1...Today at 10:03 amThe Cat's Mother2oz silver bullion coins for sale at good prices.Yesterday at 4:34 pmdenbyFenrir Germania.. and its younger friend the Fafnir..Yesterday at 9:44 amAdmin
Sponsors
Click below to be taken to the website below.