I hope this is a good, informational introduction to digital assets.

Any investment in any of these currencies in the last 4 years have produced profit.

To make sense of what is what I compare each 'big name' crypto' with a commodity it can be best compared to.

on the graphs its GBP current price at top, and USD to the left

Bitcoin is the world’s first decentralized cryptocurrency – a type of digital asset that uses public-key cryptography to record, sign and send transactions over the Bitcoin blockchain.

Launched on Jan. 3, 2009, by an anonymous computer programmer (or group of programmers) under the pseudonym “Satoshi Nakamoto”, the Bitcoin network (with an uppercase “B”) is a peer-to-peer electronic payment system that uses a native cryptocurrency called bitcoin (lower case “b”) to transfer value over the internet or act as a store of value like gold and silver.

Each bitcoin is made up of 100,000,000 satoshis (the smallest units of bitcoin), making individual bitcoin divisible up to 8 decimal places. This allows people to purchase fractions of a bitcoin with as little as one U.S. dollar.

Bitcoin and other cryptocurrencies are like the email of the financial world. The currency does not exist in physical form, value is transacted directly between the sender and the receiver, and there is no need for banking intermediaries to facilitate the transaction. Everything is done publicly through a transparent, immutable, distributed ledger technology called blockchain.

Here are the main features of blockchain technology:

Bitcoin transactions are recorded on a public, distributed ledger known as a “blockchain” that anyone can download and help maintain.
Transactions are sent directly from the sender to the receiver without any intermediaries.
Holders who store their own bitcoins have complete control over them – they cannot be accessed without the holder’s cryptographic key.
Bitcoin does not exist in physical form.
Bitcoin has a fixed supply of 21 million bitcoin. No more bitcoin can be created and units of bitcoin cannot be destroyed. 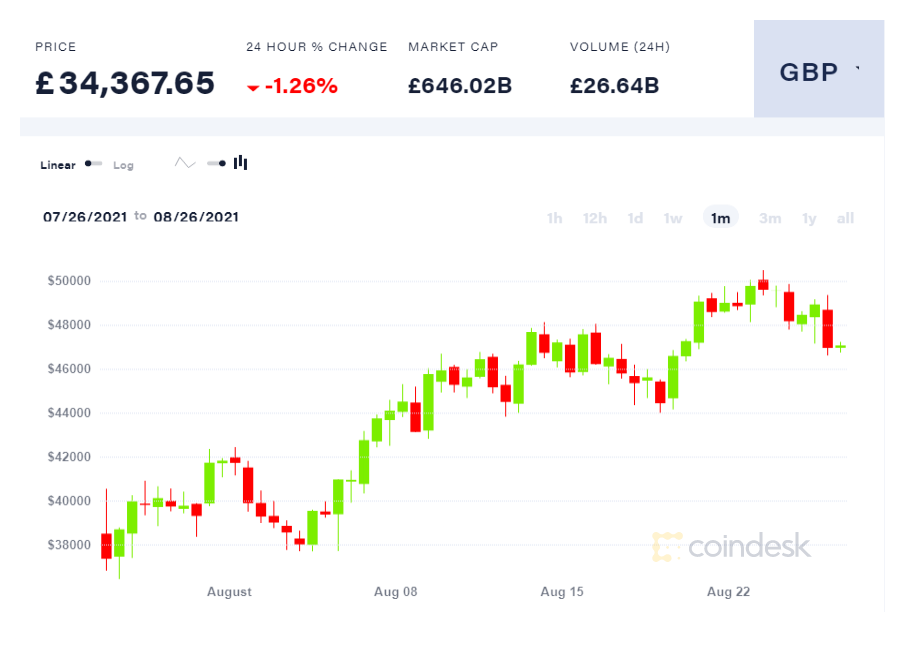 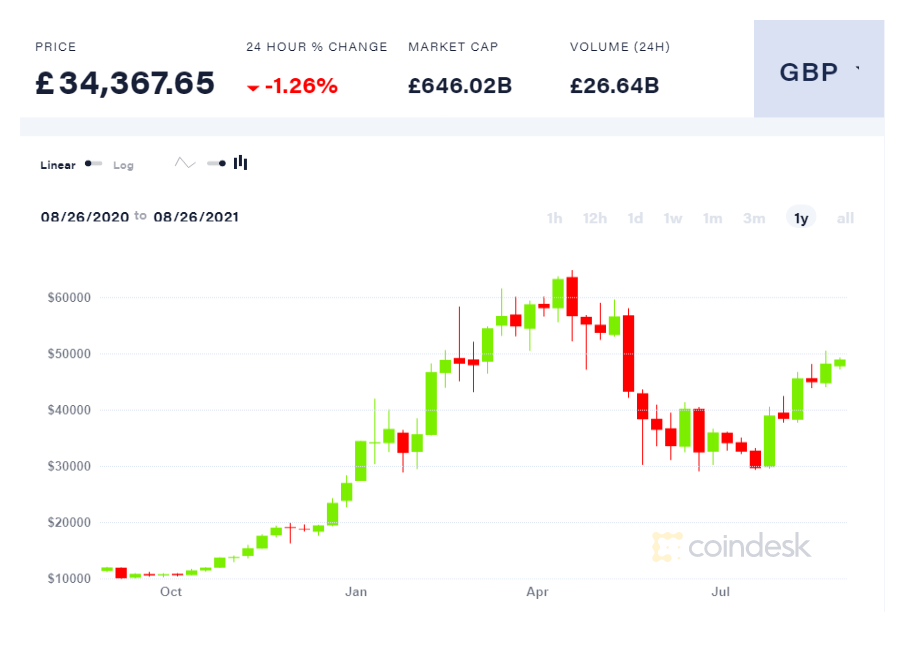 Ethereum is a blockchain-based software platform that can be used for sending and receiving value globally via its native cryptocurrency, ether, without any third-party interference. But it can also do much more than that.

First proposed in 2013 by Russian-Canadian programmer Vitalik Buterin, Ethereum was designed to expand the utility of cryptocurrencies by allowing developers to create their own special applications. Unlike traditional apps, these Ethereum-based applications, called “decentralized applications”, are self-executing thanks to the use of smart contracts.

Smart contracts are code-based programs that are stored on the Ethereum blockchain and automatically carry out certain functions when predetermined conditions are met. This can be anything from sending a transaction when a certain event takes place, or loaning funds once collateral is deposited into a designated wallet. These smart contracts form the basis of all decentralized applications (dapps) built on Ethereum, as well as all other dapps created across other blockchain platforms.

What are ether and gas?

Ether (ETH) is the main token of the Ethereum blockchain and acts as the primary “fuel” that powers all activity on it. “Gas” refers to an amount of ether that’s needed to perform a certain function on the network, such as: 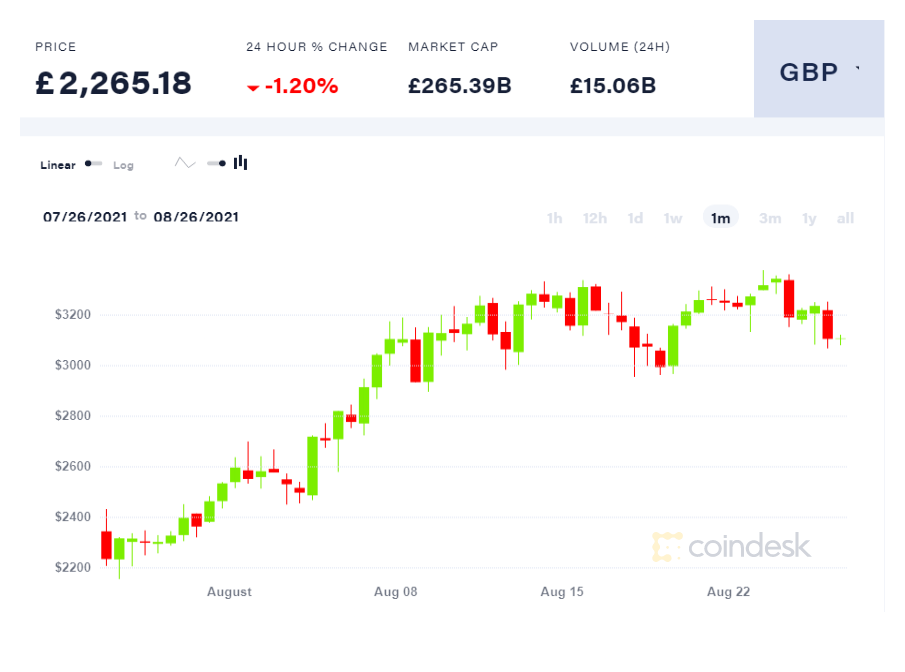 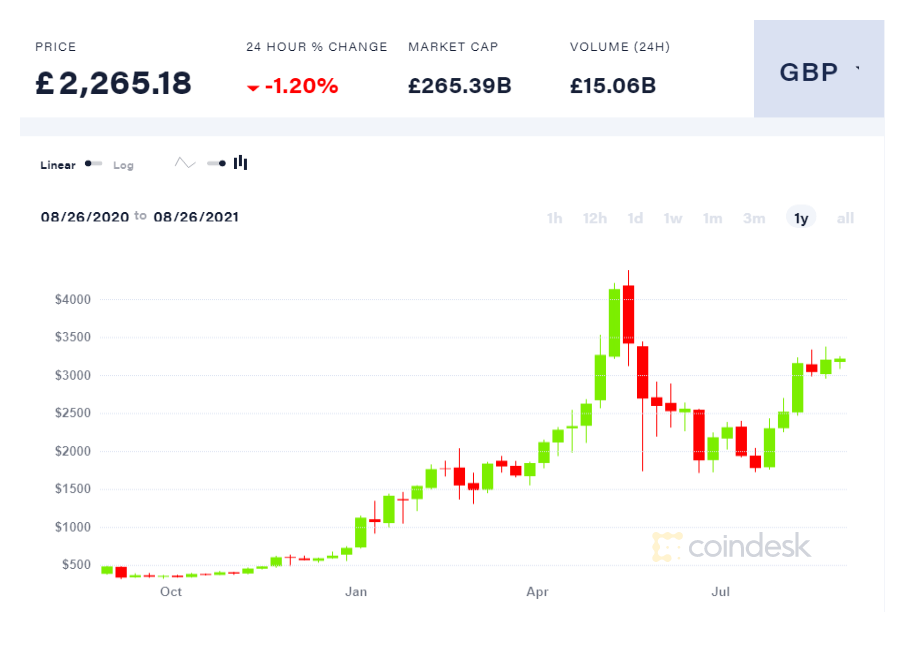 Litecoin is a cryptocurrency launched in late 2011 by former Google and Coinbase engineer Charlie Lee. To create Litecoin, Lee copied the Bitcoin codebase, increased the total supply, and changed the speed at which new blocks are added to the blockchain. Only approximately 84 million litecoins will ever be created, quadruple the total bitcoin supply. Litecoin also creates new blocks every 2.5 minutes, four times faster than Bitcoin. The Litecoin investor and developer communities view the protocol as a complementary pseudo-testnet for Bitcoin and a “digital silver” to Bitcoin’s “digital gold”. The Litecoin foundation stewards the Litecoin project and finances Litecoin Core development. 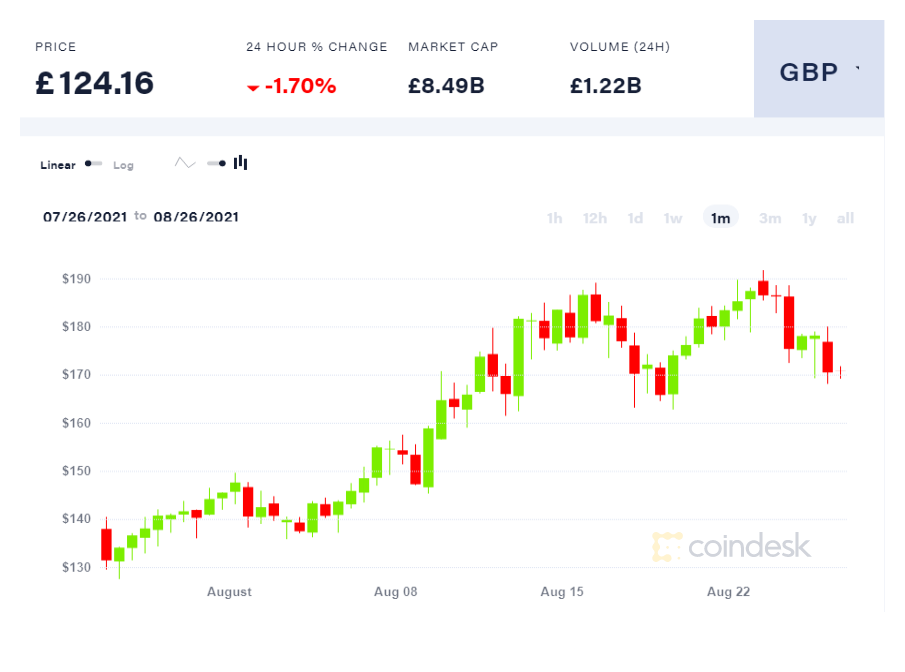 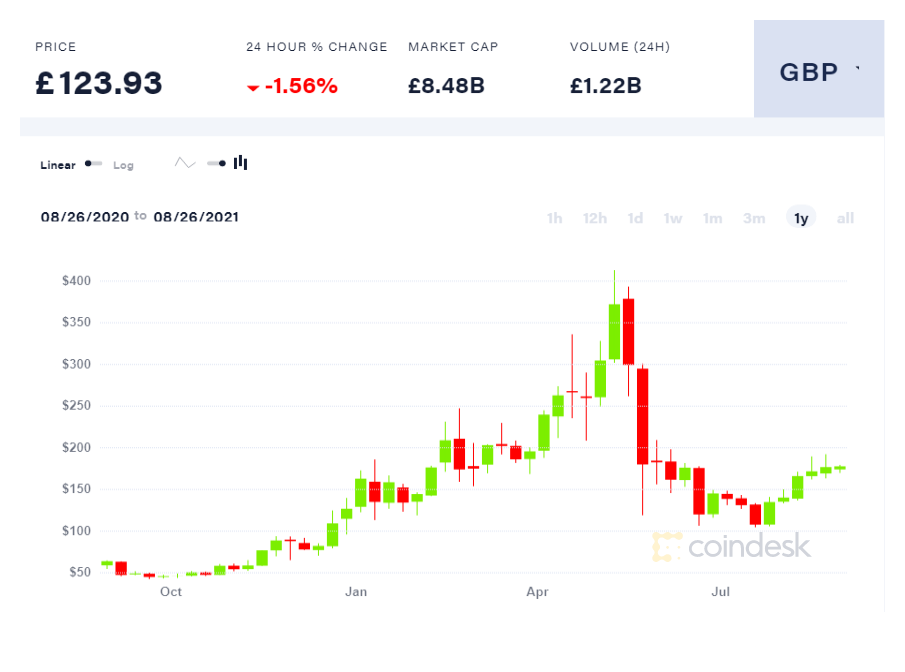 Launched in 2017, Cardano is billed as a third-generation blockchain (following Bitcoin and Ethereum as the first and second generations, respectively) that aims to directly compete with Ethereum and other decentralized application platforms as a more scalable, secure and efficient alternative.

Decentralized applications are similar to applications on a smartphone. However, the main difference is dapps run autonomously without any third party operating in the background. They achieve this autonomy by using smart contracts – computer programs specifically designed to perform a function when certain predetermined conditions are met.

For example, you could create a collateralized borrowing dapp that loaned money to anyone provided they deposited an amount of collateral in a wallet beforehand. The smart contract, in this instance, would be programmed to send a transaction (the loan) to the borrower immediately after the collateral wallet received the right amount of funds. The smart contract could also be programmed to liquidate the collateral (keep the locked up funds) if the borrower failed to make repayments on time.

Cardano also touts itself as being the only extensively peer-reviewed blockchain platform in the industry and routinely publishes academic research papers on its website. 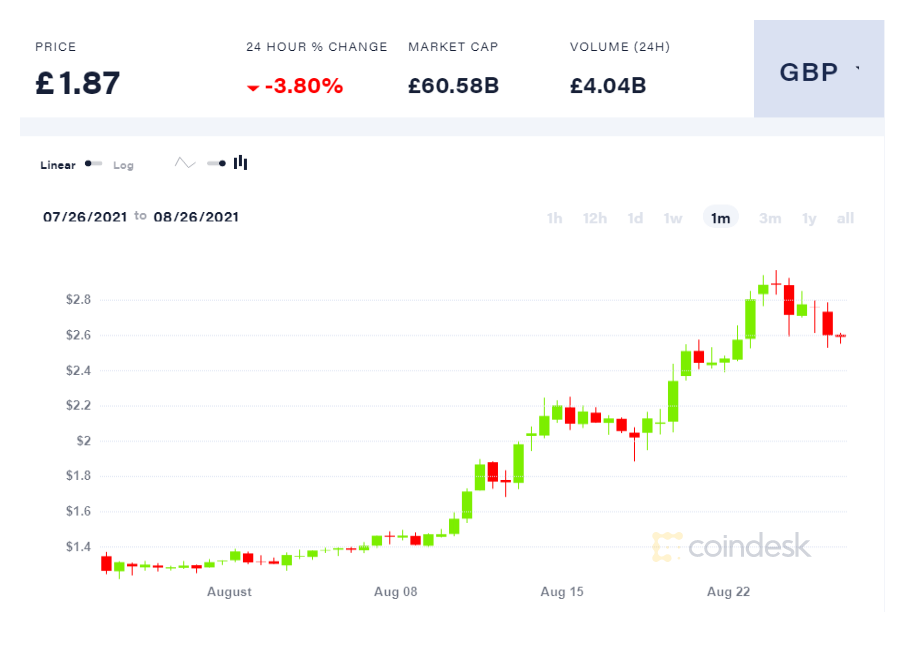 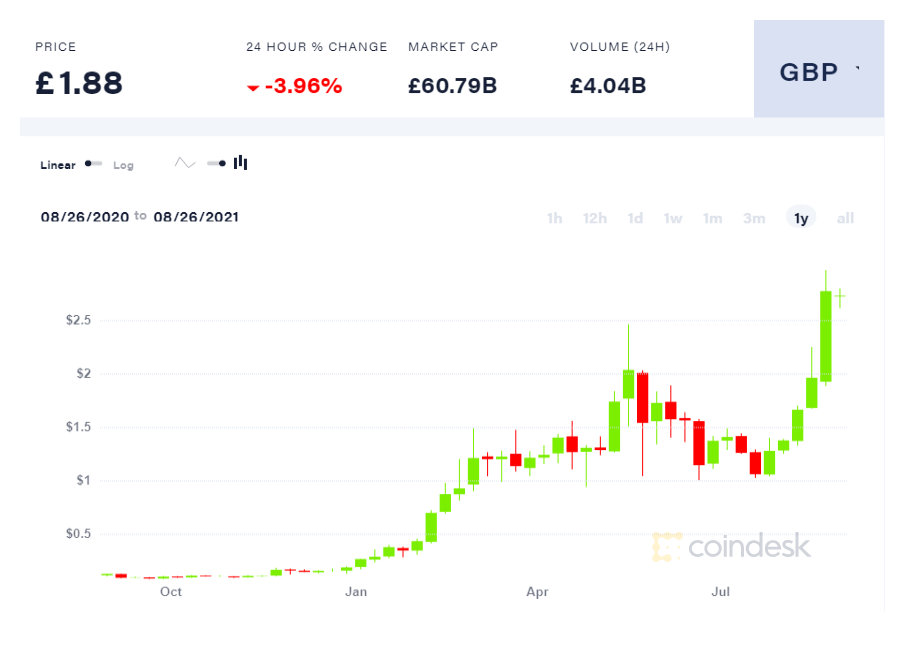 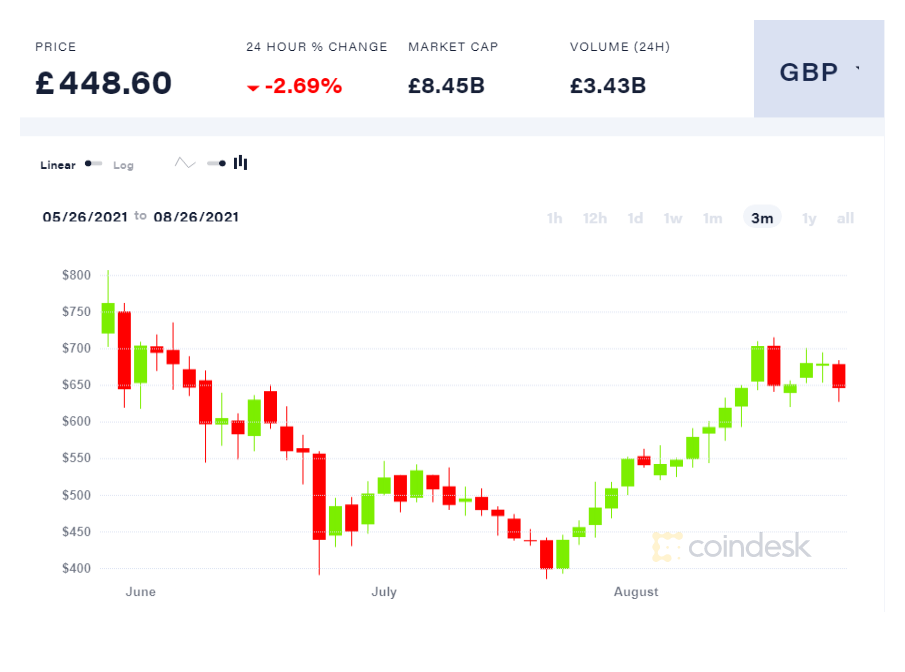 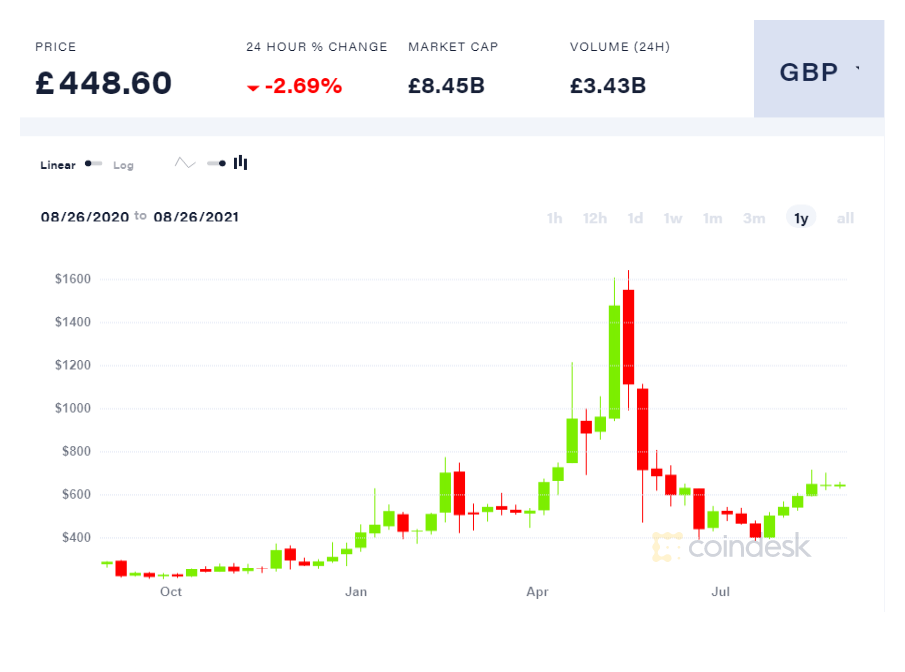 Anybody wanting to get in on any of that let me know and ill pass you a referral code for Coinbase.com where you can get £7.30 in bitcoin with any £100 you deposit on the site.
I suggest and only use coinbase.com (ive tried the rest of the big ones) where you can earn up to $30 USD free using multiple choice questions in a 'introductory quiz' (they let you guess until you get it right!) on top of my £7.30. The free $30 after you register means you dip the toe in and see how it looks. and own whatever assets you see fit.

Coinbase is also listed on the NASDAQ https://www.marketwatch.com/investing/stock/coin so isnt some 'fly-by-night' operation.

any questions, please ask, and thanks to the lockdown I also have a degree in Crypto economics from Saylor university.

BAT is an Ethereum token that powers Brave Software's blockchain-based digital advertising platform. Internet users who browse the web using Brave's free web browser (available at Brave.com) can choose to replace the ads they see with ads on Brave's ad network. Users then receive BAT from advertisers as compensation for their attention.

I have been using coinbase for awhile I think nearly 2 years. I was in when I first heard about it. I gave it a try and managed to get nearly £100 in total Free. Well not entirely free.. I had to watch videos, fill in the questionnaire and then I was awarded the cash. I also deposited the money in my wallet. I later bought into ETH and DIA. ETH was the best for me, Bitcoin did make me money and Bitcash also made me money. But the best overall winner was ETH.

I still have my account and perhaps might consider investing more in the future, but the big drawback with this company was the % they took for selling and buying. That was a turn off for me. However I can not complain as I did make over £1000 in total which took me about 8-9 months.

oh yeah shouldve said that - coinbase certainly isnt good for trading, its more for buying to hold and sell, myself personally I do on coinbase like I do for gold and silver, buy just to hold for the very long term!