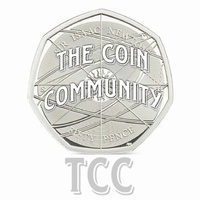 It has been reported that Collectors Trove who supply most smaller sellers with Royal Mint issued coins are no longer Royal Mint Wholesalers.
They had worked together for many years including stocking The Post Office stocked items.

What this means in the long term for collectors we will have to wait and see but I will throw my pennies worth into some of the rumor's circulating about this.

It has been suggested that with the Mint doing this they will likely follow suit and do the same with Westminster Collection (Change Checker) and with Koin Club and that if that was to happen the likely hood is both companies would cease trading.

I do not go along with that, looking at Koin Club firstly, they have only recently started to do the Royal Mint issued coins, and that has proven to be a very painful experience for them. They have been around for years so although losing Royal Mint coins would damage them I do not think it would send them under.

Westminster Collection is different in respect that it is Royal Mint single largest customer, I do not believe the Mint would cease trading with WC as it would only damage them. A lot of people just want to purchase the coin as cheaply as possible and not have all the paperwork that comes with a coin. So rather than forcing people to buy from the Mint I believe this would actually stop people collecting.

There is also a lot of talk about The Royal Mint are doing this because cash is going to be withdrawn, again its not something I agree with, we have just seen the best part of 80 million 50ps released, and the issues of being a cashless society are best saved for another day.

The above is just my opinion on the subject please do not take it as gospel.

Thank you for the update, and interesting views.

Many thanks for the news and your insight and thoughts Lighty. I hadn't heard of the Collectors Trove but this seems big news indeed due to their links you've described.

I guess we will just have to wait and see what happens (?)