Anyone else watching tonight’s action?

I want Usyk to win mainly because he’s the pure boxer but also due to the efforts he took to fight for his country Ukraine.
There is something rather noble and humbling about the way he has tried to promote peace.

I think Tyson Fury beats either of them comfortably but Fury is an all time great, there’s no shame losing to Fury.

Just to add - I do hope Usyk gets a fair referee and fair judges, Joshua is the commercial cash cow, I do get the impression they won’t want the cash cow to lose again. 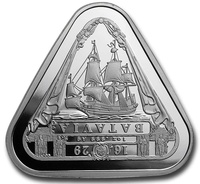 It did look for a few minutes like they were going to screw Usyk over. AJ's team serious let him down, just shows they only care about the money not him.

If the Fury v Usyk fight happens, I think Fury will beat him.

The judge who gave the score in Joshua’s favour needs to have a break or face a suspension, I don’t know how you could ever score that fight in Joshua’s favour it was clearly a victory for Usyk and thankfully the other 2 judges agreed.

I though Joshua’s conduct and his PR machine including promoter defending his behaviour has left a bad taste.
Eddie Hearn has gone down in my estimation, he is partly to blame for over hyping Joshua who is simply not a world level fighter.
He has done well, had a good career but there is no shame admitting your not world class, still plenty of good fights at fringe world level.

I can’t wait for Usyk Vs Fury despite expecting Fury to end the fight within 5 rounds.