The boxes I am showing below are the ones on sale. There are 8 in total!!! 2 of EACH.

These will be listed soon on my website... some already are.. but at the normal price.

The ones below are EXCLUSIVE to forum members!!!!!


First up is Pirates of the Caribbean
Holds all 5 with the easy to remove capsule guide .
£28 Delivered UK 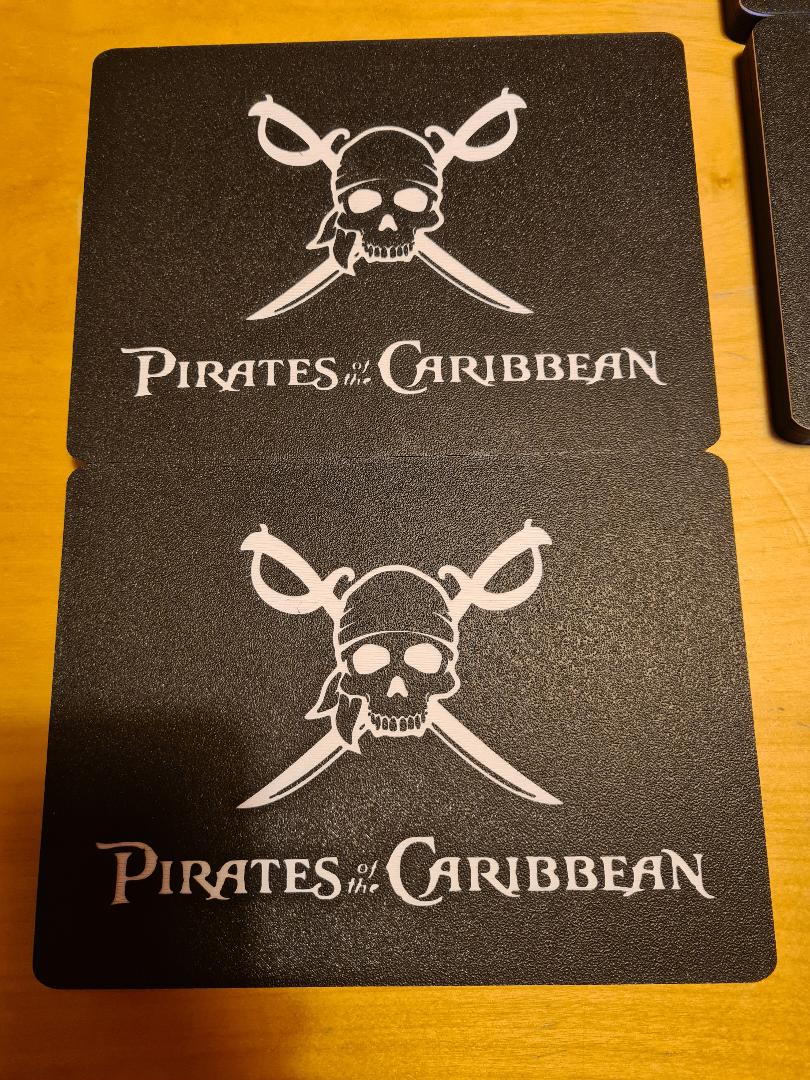 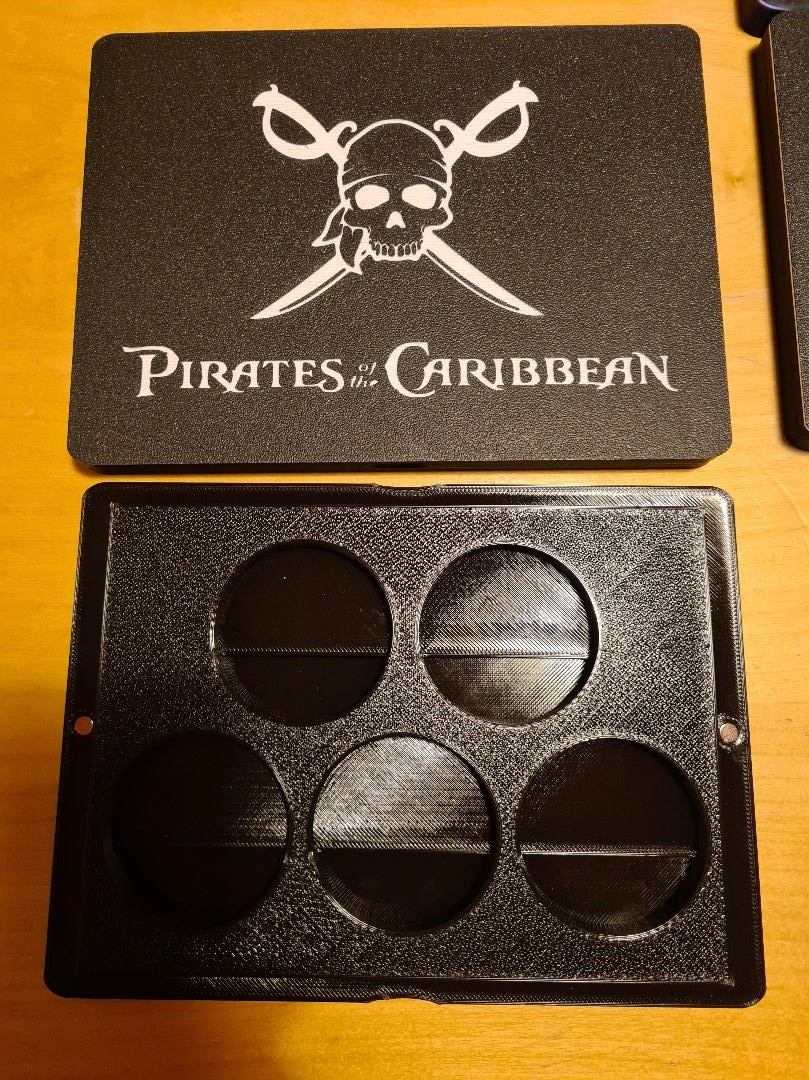 Next up is the 7 Wonders of the Ancient World. 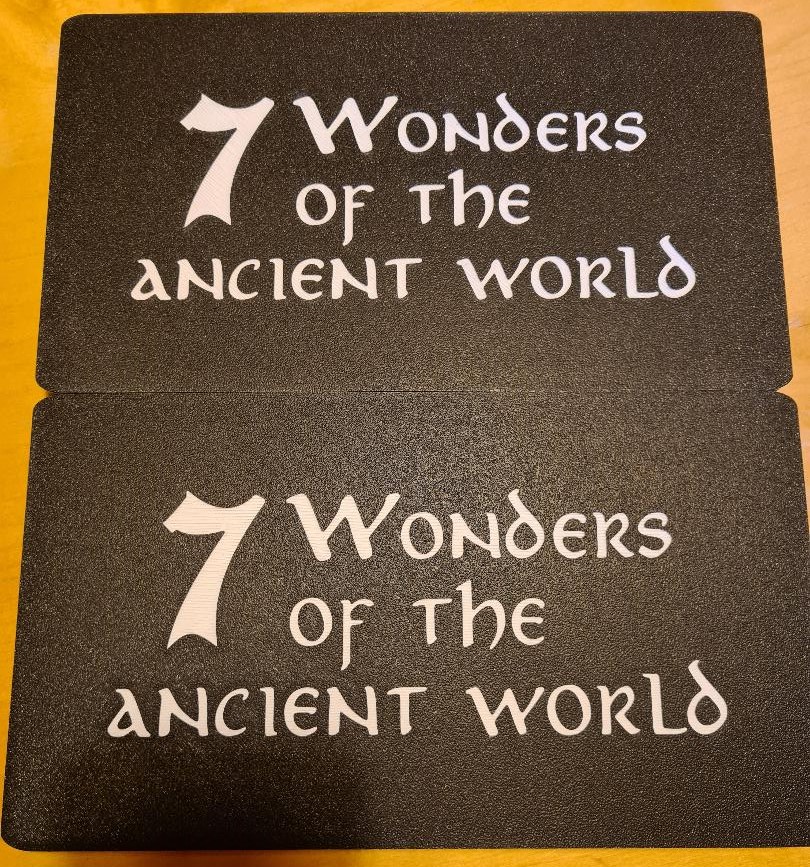 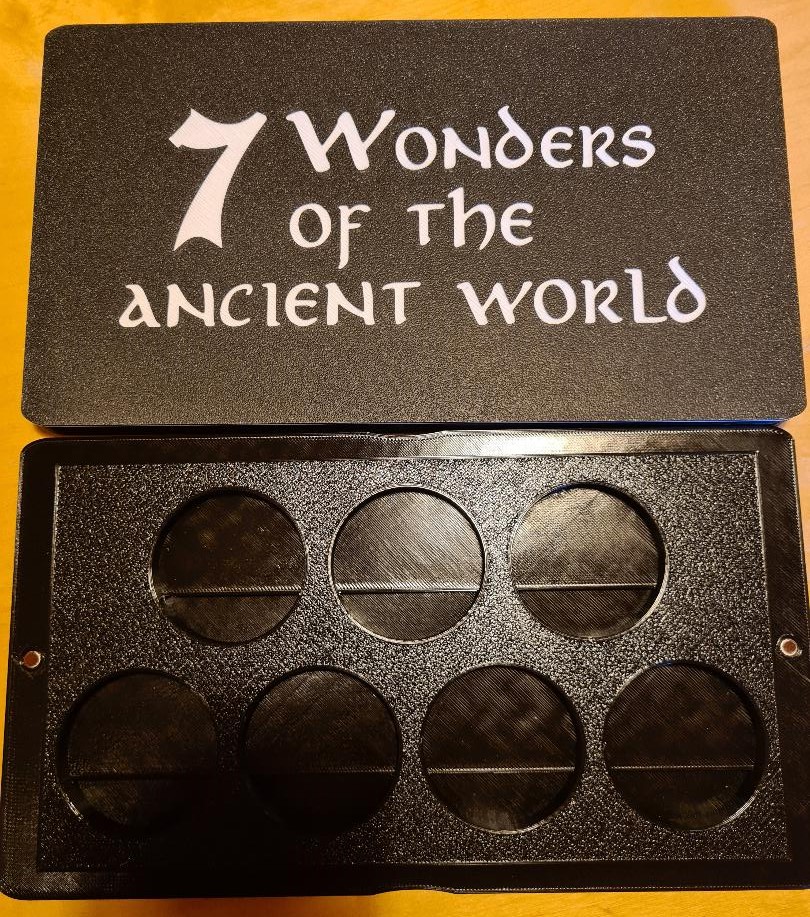 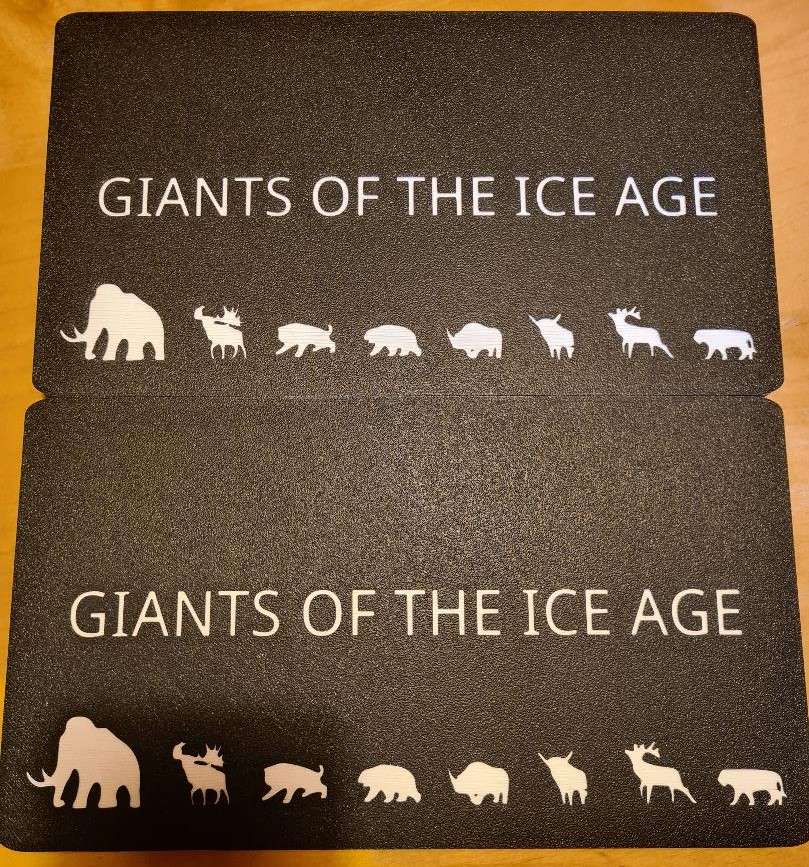 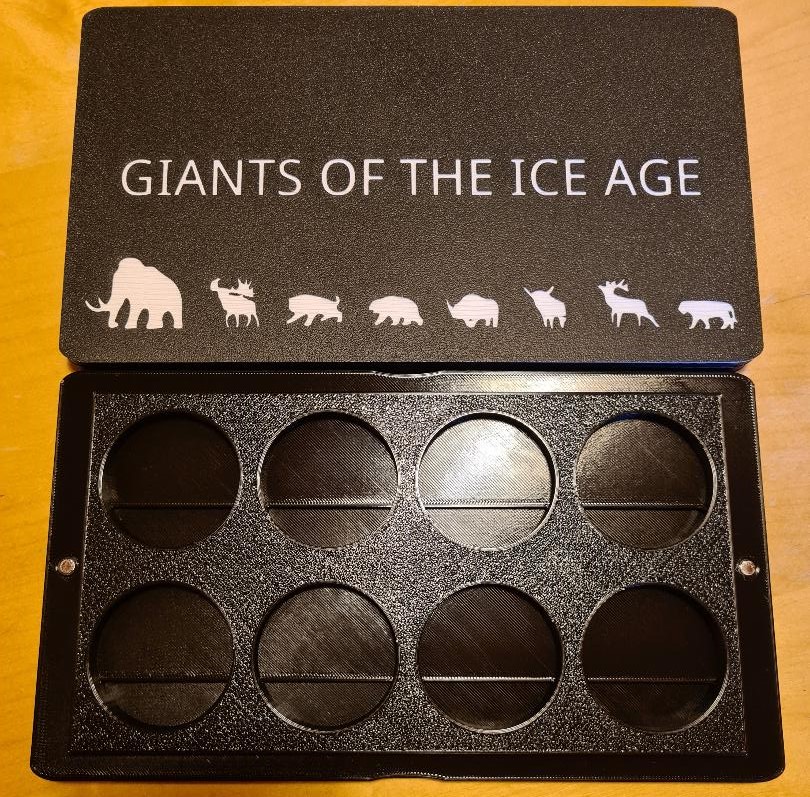 Finally this was a real trial. Do you have APMEX carded Bugs Bunny or Peanuts.. In fact Any Apmex carded bullion?
This is ideal as it holds 20 Apmex carded 1oz pieces.  Please note, it will not hold, PAMP, or Royal Mint carded items.
This is ideal for APMEX only!!!!

£35 delivered..   NOTE these are like a brick in size! compared to the other slim capsule boxes. 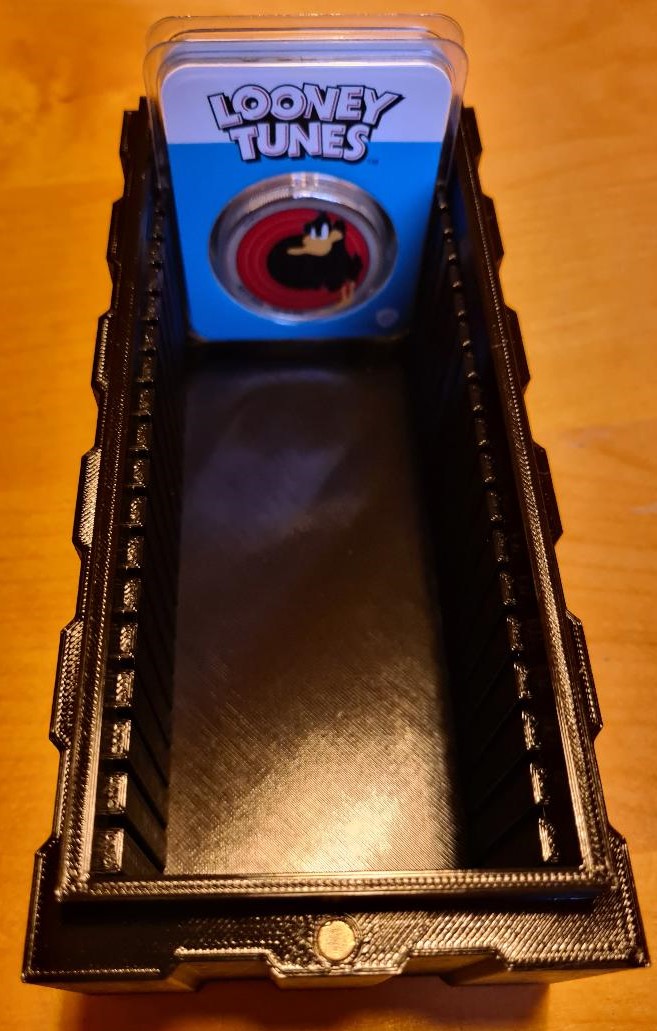 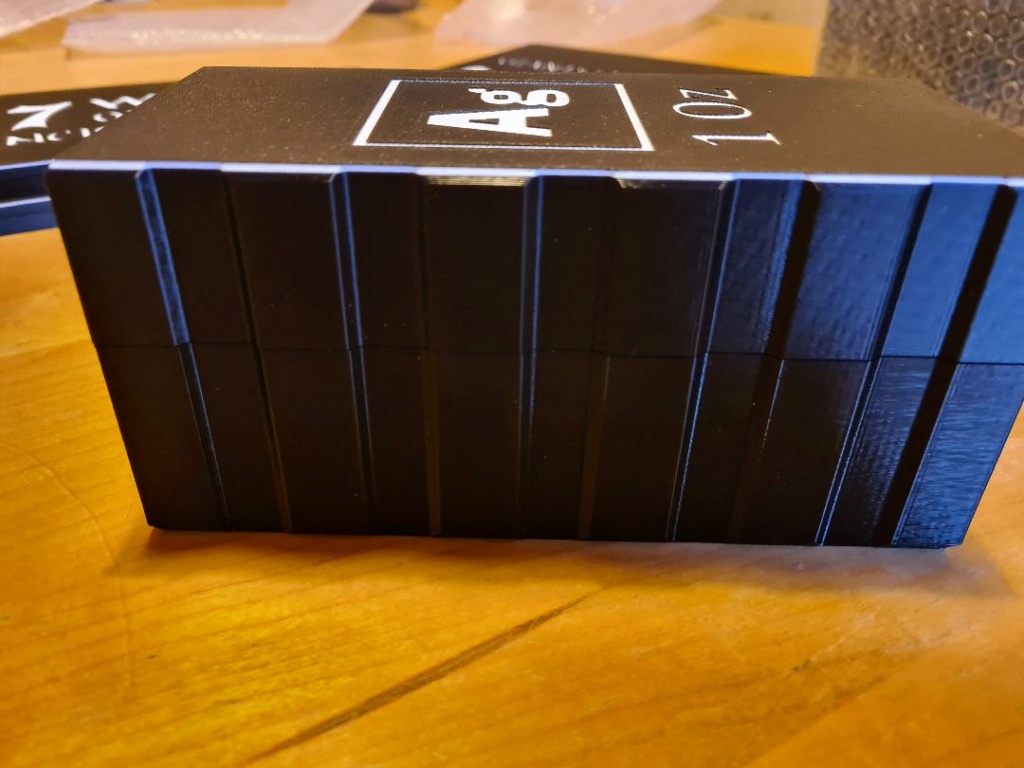 And here is a group photo for fun.

These are really reduced prices. 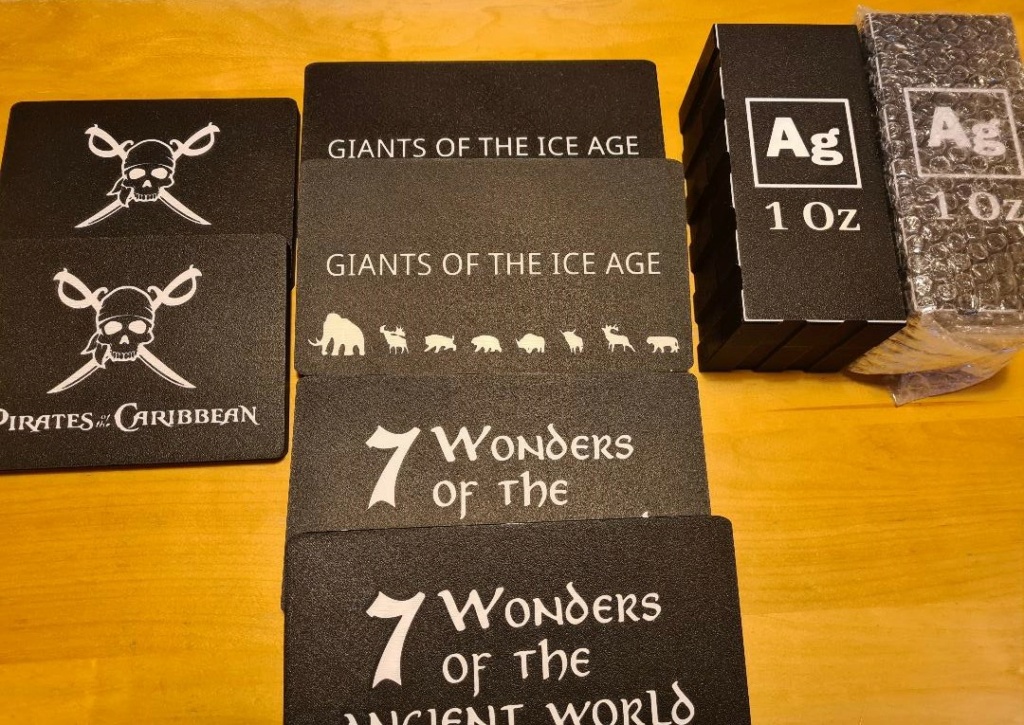 Admin wrote:Finally this was a real trial. Do you have APMEX carded Bugs Bunny or Peanuts.. In fact Any Apmex carded bullion?
This is ideal as it holds 20 Apmex carded 1oz pieces.  Please note, it will not hold, PAMP, or Royal Mint carded items.
This is ideal for APMEX only!!!!

£35 delivered..   NOTE these are like a brick in size! compared to the other slim capsule boxes.

Do we know how many will be in series

@Admin I hadn't realised you were doing a box for the Seven Wonders series, because I would want one. However, because the reverse is as attractive as the obverse, I am getting two of each round. This means one tray with eight and one tray with six, so the front and back of each round stays together. I like the design for the lid though.
I will also want a box for the Medieval Legends series BUT I have my own idea for the lid and the box will need to hold eight so one space is available to show the common reverse.
The box for the carded 1 oz coins is the sort of thing I was looking for to hold the five boxed Forgotten Cities coins, although the measurements will be different.

We are so demanding lol

At least he'll know we're happy with our boxes.

@tray no idea how many looney tunes will be in the series.  But there are plenty of Apmex carded silver.. I only made 2 of these and have NO more plans on making anymore.

@The Cat's Mother   My head is going to explode...

Poor old thing.
By the way, what happened to the brownie points?

Yes what's the brownie points all about, do we get extra for sarcasm?

tray wrote:Yes what's the brownie points all about, do we get extra for sarcasm?

I think it was one of  @Admin 's attempts to inject mystery and excitement into the Forum. That's why he only gives out information in tantalising snippets. A bit like the dance of the seven veils, but hopefully with something worn underneath

He really ought to know better by now.

Lol some people never learn. It's gone a bit quiet on the new releases

Yes, but I think it's the eye of the storm. A lot of the lunar rabbits are coming out early (Martin has just listed the Perth Mint version and he'll be getting the Bhutan one), and I have a few series on the go. Then there's all the Germania stuff to come; and the rounds from the US mints. There are also a few coins in the offing - Korean Tiger; Fiji Cat, Samoa Seahorse. Not to mention all the EIC stuff about to emerge. I do love them when they arrive, but there are times that I think maybe I should just collect coins I find in the street.
There still doesn't appear to be a Rwanda Nautical Ounce for 2022, and I'm wondering whether the series has ended. That would be one less!
Still, wouldn't be without it.

When you put it like that. Yes Germania are the next main ones for me. Still trying to be good

The brownie points thing... well that will be told in due course.   Honestly it is nothing special, but I do not want to announce it before it is fully ready.

The coins coming out are fast and thick... yes plenty of them.

Watch out for limited offers to come.

Similar topics
Similar topics
Permissions in this forum:
You cannot reply to topics in this forum
Latest topics
Canadian 1oz silver bullion Sets for sale.Today at 12:51 pmAdminPerth Mint Simpsons Christmas special. Today at 12:49 pmAdminSecret Santa - Stage 1...Today at 10:03 amThe Cat's Mother2oz silver bullion coins for sale at good prices.Yesterday at 4:34 pmdenbyFenrir Germania.. and its younger friend the Fafnir..Yesterday at 9:44 amAdmin
Sponsors
Click below to be taken to the website below.