Silver in the 16th Century

Silver in the 16th Century

Silver in the 16th Century
Silver of the Andes mountains, the Chinese connection and the creation of a global economy.
It is 1492 and Christopher Columbus finds himself in the Caribbean. Far from where he wanted to be. Far from where he thought he was. But hey-ho, happy mistakes change lives: some for the good, some less so. Following soon in his footsteps would come Spanish conquistadors and the conquest and the annihilation of the ancient empires of the Aztec and Inca.


Slaughter, enslavement, exploitation and the ravages of imported diseases formed the exit route of Andean silver to enrich the dynamics of western European nations and the birth of colonization. Also, ironically it would help to form the stable currency of Ming dynasty China.


By 1521, The Spaniard Hernan Cortez had destroyed the Aztec empire. (Mostly modern-day Mexico) Within a decade, Francisco Pizarro and his conquistadors were ‘eyeing up’ the riches of the ancient Inca civilization.
The Inca empire lay along the spine of the Andes mountains and at its prime included parts of modern-day Peru, Bolivia, Argentina, Chile and Columbia. An agrarian pristine culture, which functioned without money. Assisted agriculture, reciprocity between individuals, groups and the Inca rulers was their tenet.


What Pizarro lusted after was the gold and silver they possessed. Yet the Inca placed not imaginary wealth on these precious metals, for they did not use ‘money’. The Inca culture was that of animism – a belief in Pachamama, the feminine soul of nature – Mother Earth. So, they applied gold and silver in the personification of worship and decoration.

In 1532, whether by planning or sheer good fortune Pizarro and the conquistadors made their move, during the time of an internal succession feud. Upon their arrival, the Spaniards took advantage of the civil war, often aiding while also hindering Atahualpa - the last real emperor of the Inca, who had been victorious in a devastating civil war with his half-brother, for then only to be captured and held for ransom.
Even though his people filled an enormous chamber with gold and silver relics he would soon be executed and his successor, Topa Hualapai would die soon afterward.
The instability and collapse of the Inca empire was inevitable and soon the Spanish established complete control.
The doors to an 'eldorado' of riches were now opened wide and before them rose the mighty mountain of the Cerro Rico of Potosi – the "rich mountain". From which 60% of the world’s silver would be extracted in the 2nd half of the 16th century.
End of part 1.
In part 11- Silver sails the oceans to China.

Silver in the 16th Century
Part II
The riches of ‘Cerro Rico de Potosi’
The ‘New Spain’, that would emerge from 16th century conquest would rapidly expand. At its peak, this new world Spanish empire would stretch from modern California, through Mexico and central America into the highlands of the Andes mountains. An Eldorado of precious metals, of Gold and Silver beyond imagination, was ripe for mining.

On the high Andean plateau resided a mother of a silver mountain. A mountain so full that its silver would flow freely as an open wound. The Inca and other indigenous peoples had used simple mining and processing techniques. Now aided by the new technology of silver amalgamation, the presence of essential mercury, gunpowder for blasting and a cheap labor-force - repartimiento  or virtual slavery, Silver production post Inca, with low production costs expanded rapidly.

The ‘Cerro Rico de Potosi’, the ‘rich mountain of Potosi’ would produce more than half of the immense one-hundred thousand tons of silver mined over the next two hundred years. The population of Potosi, then located in the Viceroyalty of Peru, but now in modern Bolivia, would explode within 50 years to become the fourth largest in the world and equaling that of London and Paris. Along with Zacatecas, in Mexico these two silver mines would accentuate the prominence of Spain throughout the world and enable the prime position of ‘reals de a ocho’ the fabled ‘pieces of eight’ as a universal trading currency.

Yip -  22 dams powering 140 mills that ground the silver... The biggest silver mine that ever existed... Wish I'd found it..

Very interesting Merv ,thank you for taking the time and effort of posting . On with part three and sailing the seven seas

Yes, I second that. This is all really good stuff.

Across the Pacific Ocean:
Spanish galleons, Silver and the global economy.
For many centuries the ancient ‘Silk Route’ had zigzagged relentlessly from China  across Asia. Meandering and branching at times, yet forever moving onwards to Europe. Snorting bactrian camels heaved and weaved their ponderous way, across the parched deserts. Merchants from many lands formed maps and guides, exchanged ideas and knowledge, while pioneering the widespread principles of trade. Huge cities arose from the deserts scorched and dusty mirages. Silk and exotic goods from China mingled with science and culture. For the overland silk route brought more than economic trade and technological exchange, it introduced different religions, sciences, philosophies and most of all  ‘change’.

Now a new quicker, modern sea route across the vast Pacific Ocean emerged. The Spanish silver mined in the new world would sail on to the newly established city of Manila, in the Philippines archipelago. Located in the southwest pacific, Manila became the destination of choice to supply China with its desire for precious silver. The famed Manila galleons, capable of carrying 500 souls and 160ft long, sailed the pacific for some 250 years, bringing back luxury goods, jade and gunpowder, spices and porcelain. In return the Americas supplied chocolate and coca, tobacco, sweet potato and precious Silver. This trade with Ming dynasty China was a crucial source of income for the Spanish royal court and its endless wars of expansion.

And for China: why the need or desire for so much Silver?
China although an enormous nation had no great amounts of mineable silver. Previous to the silver from the Americas the main supply came from Japan. What China had for many centuries was fiat or paper money – ‘flying money’. These banknotes had different values, according to the pictures of houses, trees or people represented on them. Over centuries they evolved but excessive monetary printing led to depreciation in value. The whole financial system needed modernized. The fiat/paper money needed proper stability – proper support – a silver standard. Spanish silver dollars, ‘pieces of eight’ had become the worlds leading currency. Now with the import of thousands of tons of silver, China could support its own currency backed by the worldwide acceptance of silver.

The Ming Dynasty fell in 1644 and the Qing dynasty which seized it, placed a ban on silver imports. A long period of recessions and stagnation followed. Spain’s worldwide power would also decline, brought about by expensive wars, armadas and financial bungling.

The dappled Andean sunlight has set on the Inca civilization. Its old world replaced by the new. Yet Pachamama – mother earth - gave birth to the ‘Cerro Rico de Potosi’ and from the fading embers arose the phoenix of rebirth. Upon the wings of the phoenix, silver would fly across the Earth. Empires would would rise and fall. Leaders lead then lose. Visions become reality then collapse to dust. In an ever-changing world, all things change. All things grow, then fade away.
Silver remains. Tarnished but unspoiled.

The fruits of the present, spring from the seeds of the past

Ah thanks @dingy1688... I totally agree with your last statement

You have the above statement.    fiat or paper money – ‘flying money’


Am I wrong or have I read into something that was a hint to come?

"the earliest known use of paper money in China is from the Tang dynasty. This dynasty lasted from the year 618 to 907 AD, and paper money appeared around year 800. This money, known as “flying cash”, were certificates issued by the Tang government to pay local merchants in distants parts of the empire. By using certificates, the government could avoid having to transport metal money far away. The local merchants called the certificates “flying cash” because unlike metal money, these paper documents had a tendency to blow away when it was windy. Each certificate had a certain amount of money stated on it and was redeemable for metal cash on demand in the Chinese capital. Most merchants never went through the trouble of going to the capital to get cash for their certificate, instead the certificates were used as money locally, since they were transfereable."

Even the Bank of England issued paper banknotes in 1695.

I just got lost in a timeline. And that's why I was confused.

Ok Keep going. so after the ban and the fall of the Ming ,

now lets carry on even if we need to skip a few hundred years.

LOL no keep the story going. I am enthralled in this story.

TEACH me almighty one. I am but a sponge and you are the water that pours down the mountain. 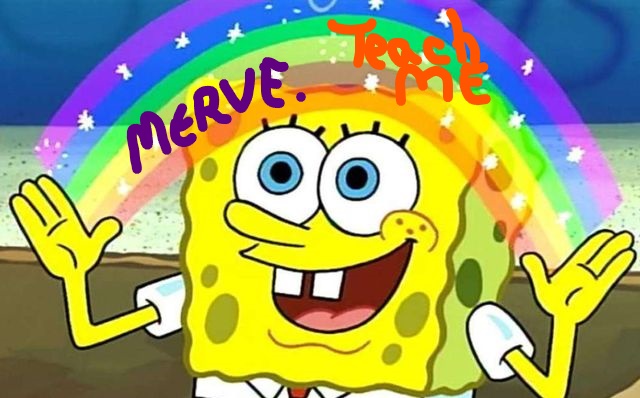 mervs68 wrote: The local merchants called the certificates “flying cash” because unlike metal money, these paper documents had a tendency to blow away when it was windy.

literally BURST into fits of laughter when i read that!!