I am not sure how others feel but the current price is expensive and the expected increases in September, October and January 2023 are likely to see many people have to turn of their gas and electricity or severely like their usage.

I picked up this interesting news from mainland Europe

Its only running at 20% capacity now, but without that 20%, Germany has said it will have to impose industrial rationing.

“The prospect of Gazprom shutting down Nord Stream 1 for three days is only going to spook the market,” ICIS analyst Tom Marzec-Manser said. “Gas prices jumped at the very end of the trading day as the maintenance was announced and could easily rise further on Monday as buyers assess whether they really believe the pipe will return to service as stated by the Russian supplier.”

The war in Ukraine is expensive, and not not the military and humanitarian cost.

I just replied to the China thread, and I covered this as well.

I am nervous about the future for my children.    That is all I am saying.

The Feds head Mr Powell could not of been any clearer. No pivot anytime soon. Harder, longer pain incoming.

"Today, my remarks will be shorter, my focus narrower, and my message more direct."

"will likely require maintaining a restrictive policy stance for some time. The historical record cautions strongly against prematurely loosening policy."

ref:1980's
"A lengthy period of very restrictive monetary policy was ultimately needed to stem the high inflation and start the process of getting inflation down"

I know I have wrote this previously, but this is worth a read! 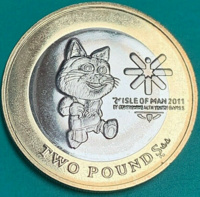